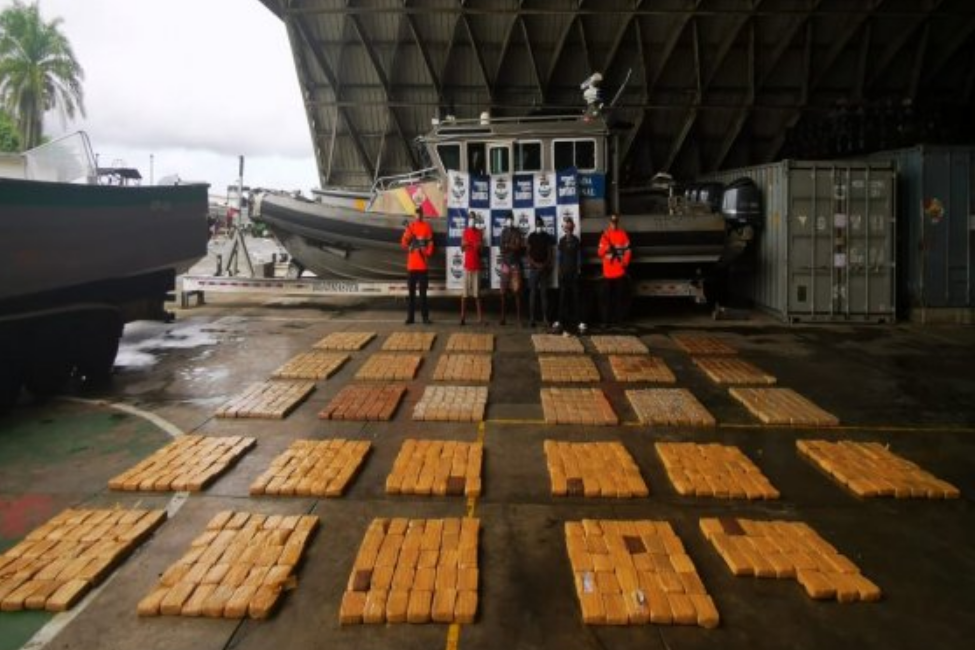 The Colombian Navy, specifically the "Rapid Reaction Units of the Buenaventura Coast Guard Station" interdicted a go-fast boat containing 540 kilos of cocaine hydrocloride and 158.8 kilos of cannabis. Also seized was 300 gallons of fuel and communications equipment, a total of four men were arrested.

The press release goes on to say:

"The fight against transnational drug trafficking crime has been strengthened in the Colombian Pacific, despite the global situation due to the COVID-19 pandemic. This strengthening has been framed in the integration of new technologies applied to maritime, aircraft and river capabilities, naval intelligence and international cooperation, aspects that allowed the most recent blow to drug trafficking."

Revealed also is that with this interdiction the Pacific Naval Force "exceeds 77 tons of narcotics seized in the first half of this year."