The battle below the surface

The end of an era 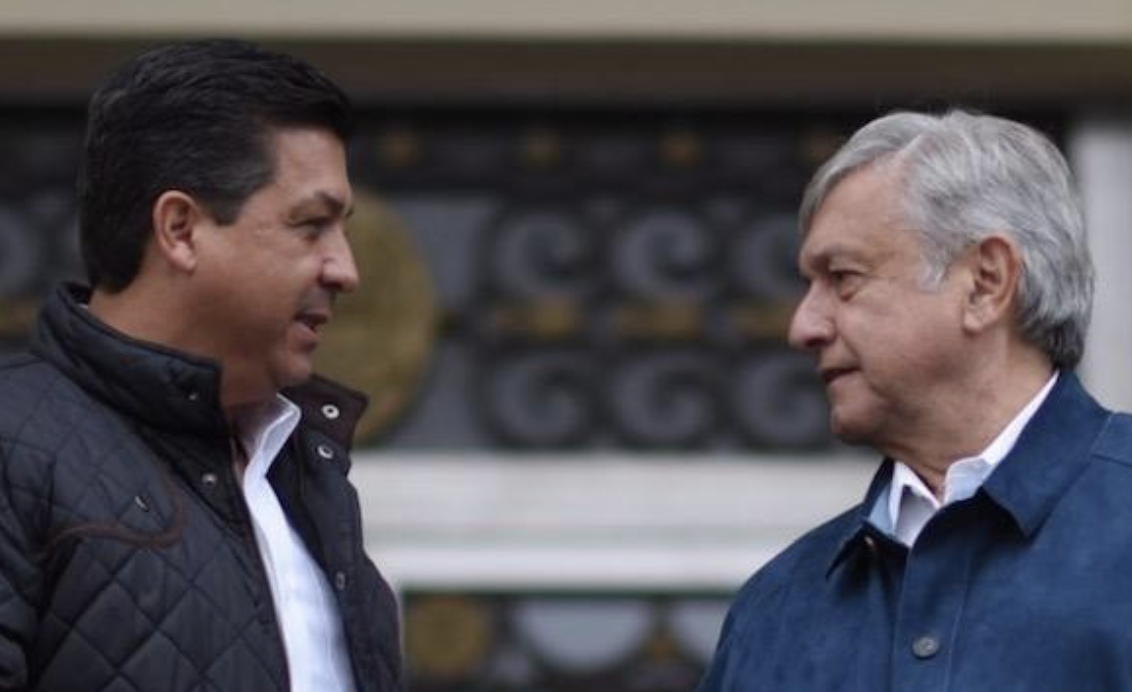 Raymundo Riva Palacio published a column in Informador yesterday about the context and subtext to statements by Tamaulipas Governor Francisco García Cabeza de Vaca last week at a press conference with Andrés Manuel López Obrador. The column is worth reading regardless of your political views about the author, the governor of Tamaulipas or the president of Mexico. The following is a discussion of the conflict simmering below the surface.

Cabeza de Vaca and López Obrador represent two very different and fundamentally opposed philosophies. Historically, the US has shown a strong preference for politicians motivated by personal benefit, like Cabeza de Vaca, over an idealist or a populist like López Obrador. It's much easier to work with someone who can be had for a price rather than someone that may take some convincing or compromise.

Ultimately, the political control of Tamaulipas and the viability of the opposition parties nationally is what's at stake here. If the PAN can hold on in Tamaulipas, their political future at the national level survives. The US will continue to work with them and the project started many years ago will continue as planned. If the Morena party's gubernatorial candidate can take the governor's seat from the PAN, Morena will benefit at a national level and gain leverage in bargaining with the US.

The ascendency of Morena nationally has led to the opposition forming the so-called Federal Alliance/Alianza Federal (FA) out of necessity and self-preservation more than ideological or policy agreement. Governors from the PAN, PRD, PRI, Citizen's Movement and whatever the guy in Nuevo León is, have united in their opposition to Morena.

Cabeza de Vaca is a symbolic leader of that alliance. Several of its constituents, including Cabeza de Vaca, face accusations of corruption which have for many years characterized politics in Mexico. In some ways, Cabeza de Vaca is the last of a dying breed of Mexican politicos that use office to enrich themselves, family members and allies. The prosecution of Genaro García Luna, the former Secretary of Public Security during the Calderón administration now facing cocaine trafficking charges, may be the symbolic end of the era which permitted such behavior.

For the López Obrador administration, the Lozoya case is about exposing the US-backed plan to liberalize the Mexican energy industry and the corrupt politicians that were bought in the process of making it. By revealing the ugly truth about how and to some extent why the energy industry was opened to foreign investment, Morena can scandalize and possibly criminalize Cabeza de Vaca to help them take the governor's seat and consolidate further advantage at the national level.

The Cabeza de Vaca archetype has for many years been an accepted cost of doing business with Mexico. Politicians are used while they hold office despite many warning signs of corruption and then eventually prosecuted years later for what was known all along. Call it the García Luna model. Corruption is prosecuted after the politician has served their usefulness and at the end of the day, the US still considers itself a champion of the rule of law.

The Lozoya case and the truth about Cabeza de Vaca's entire political career threaten to end that delusion.

In Riva Palacio's column, the author suggests that Nelson Balido, the lobbyist and nexus between Cabeza de Vaca and US businessmen, politicos and the Departments of Defense and Homeland Security, has been preparing a counteroffensive. According to the Riva Palacio, Balido has initiated a private investigation of López Obrador's son, along with his son's wife and family members. But criminal investigations of Cabeza de Vaca are reportedly underway in both countries. Whatever dirt the author is implying might have been dredged up would have to be pretty extraordinary to hold a candle to Cabeza de Vaca's monumental legacy of corruption and vindictiveness.

The more interesting thing here is that right now, a defense and security tech lobbyist with connections to the Pentagon and Department of Homeland Security and influential politicians, has somehow managed to meddle with US foreign policy in Mexico without it being noticed by anyone in the media.