The death of a journalist in Coahuila

A journalist was tortured and killed in police custody. According to Breitbart, he got what he deserved. 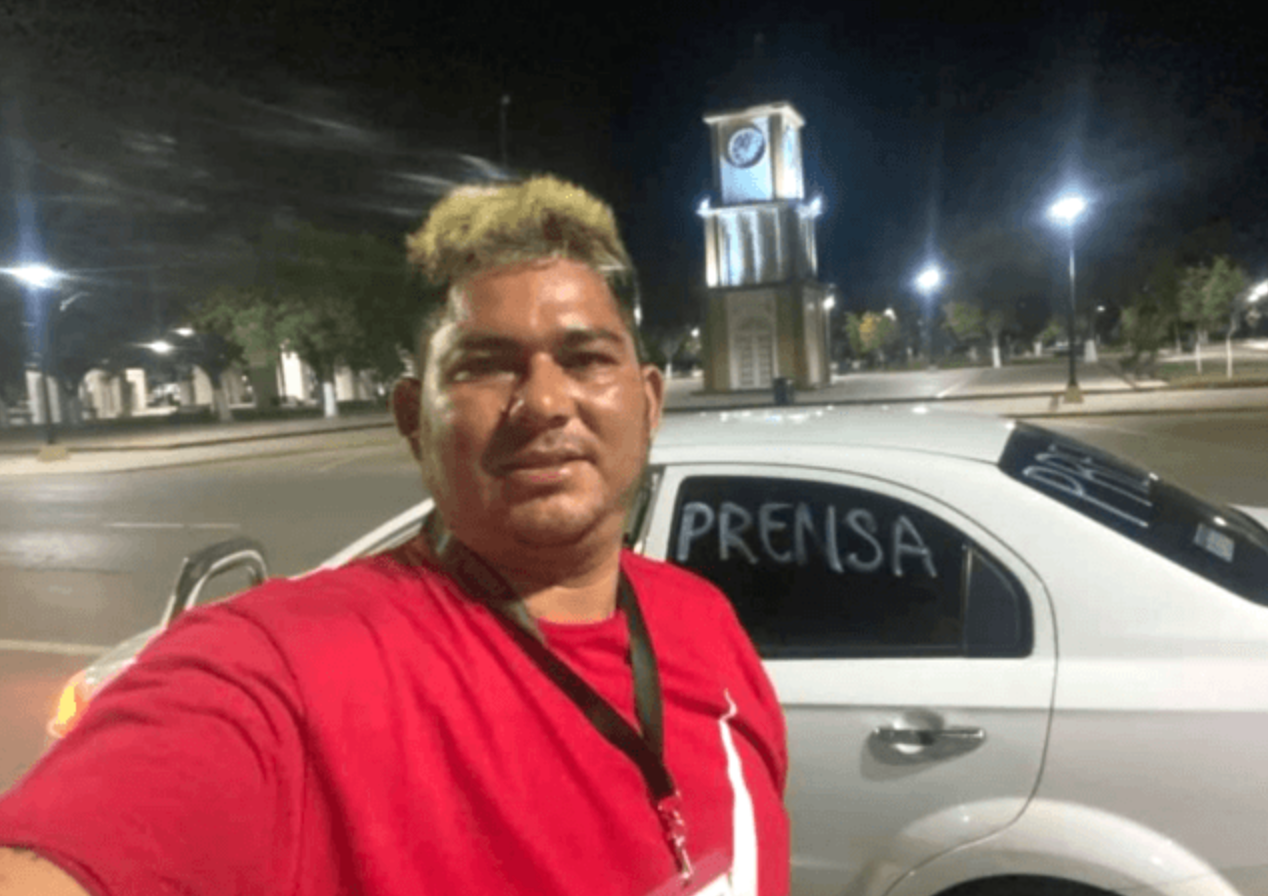 In the early morning hours of August 21, 2020, citizen reporter and activist Juan Nelsio Espinoza Menera was detained in Piedras Negras, Coahuila by officers with the notorious Policía de Acción y Reacción (PAR), formerly known as Grupo de Armas y Tácticas Estratégicas (GATES). Known by many as El Valeador, Espinoza Menera and another man, Néstor Guerra, were stopped at a checkpoint when police claim the two men were apparently intoxicated and proceeded to "verbally and physically" assault the officers. The men were arrested and transported to the Public Ministry. Police claim that "on the way" to the Public Ministry, Espinoza Menera began having breathing difficulties at which point they transported him to the General Hospital to receive care. According to police, the doctors in the emergency department reported that Espinoza Menera no longer had vital signs.

Following Espinoza Menera's death, protests and memorials were held for the well-liked communicator. The victim's family claims that Espinoza Menera was arrested for filming police and that the police tortured him which ultimately resulted in his death.

What actually happened is not entirely clear yet. But that's not what this piece is about. Following protests and memorials for the journalist, Breitbart published a story on the incident and the victim's family on August 22. The headline: "CARTEL-LINKED FAMILY PROTESTS IN-CUSTODY DEATH OF BLOGGER RELATIVE IN MEXICAN BORDER CITY"

The story in Breitbart includes additional detail and states that Espinoza Menera was arrested after he allegedly confronted police verbally while filming them after a "confrontation". The story also indicated that the state attorney general listed the cause of death as "bronchial aspiration".

But the most important additional information from the Breitbart story is about the family of the victim. According to Breitbart:

Espinoza Menera is the nephew of jailed top Los Zetas cartel regional boss Daniel 'El Dany' Menera who, before his arrest, controlled most of Coahuila for the drug cartel. El Valeador is also the nephew of failed mayoral candidate Lorenzo Menera who has a history of calling out alleged cases of police brutality by state authorities.

The Breitbart story criminalizes the victim and his family on the basis that his uncle was charged with drug-trafficking by Coahuilan officials. Worse, a US publication is equating human rights advocacy in Mexico with organized crime, which is totally unprecedented.

Lorenzo Menera's "history of calling out alleged cases of police brutality" is referring to the enforced disappearance, torture and murder of his son in Piedras Negras in 2015. That story begins in mid-December 2014 when Lorenzo Menera's family received a written message, purportedly from the Cártel del Golfo and Los Caballeros Templarios, demanding a cuota of $1 million or else. On January 21, 2015, Lorenzo Menera's son left his family's home around 7 PM in a Nissan Versa to pick up some food from a taqueria 5 minutes away. He never came back.

According to reporting by Juan Alberto Cedillo in Proceso, eyewitnesses described seeing GATES officers traveling in an unmarked gray sedan escorted by members of the Mexican Marines (SEMAR). The police grabbed Alexander outside the La Ranita taqueria and forced him into the vehicle while another officer took the white Versa. According to reporting:

…the GPS of the high school student's cell phone revealed that he was taken through different streets in the center of Piedras Negras and then his captors stopped at a point near the Rio Grande, from where they traveled to the Center for Industrial Technology and Services Baccalaureate (CBTIS), where the teenager apparently tried to escape by throwing himself out of the car and then running.

At that moment, the members of the GATES shot him in the back and he fell wounded in the middle of the street, according to witnesses outside the school, who immediately called the municipal police and the emergency services. Almost immediately, the place was cordoned off by Marines, who prevented the municipal agents from reaching the wounded young man.

Minutes later, the perpetrators of the kidnapping returned and took the boy away. Meanwhile, the Nissan Versa was abandoned very close to the CBTIS.

Two days later, the body of Alexander was located with several gunshot wounds, one of them in the heart. Doctors who performed the autopsy discovered that the young man was tortured before he died.

After the incident, state and municipal officials claimed that Lorenzo Alexander was a criminal and said they had evidence which proved his death was related to organized crime. Officials refused to investigate the case.

GATES' reputation for brutality was so notorious that, according to a former US law enforcement official, the US government prohibited its personnel in Mexico from assisting GATES. They would later change their name a third time to PAR, but their reputation for horrific human rights abuses continues to this day.

According to reporting from Proceso, the remains of journalist Juan Espinoza Menera were exhumed on August 31 under the orders of Mexico's Attorney General (FGR), and PAR officers were arrested in connection with a complaint filed August 26 by Espinoza Menera's family. The officers are facing accusations of an extrajudicial execution and torture. Statements were taken from the other man detained, Néstor Guerra, and the forensic examiner who performed the first autopsy which had determined the death was attributable to natural causes. The subsequent necropsy performed following the exhumation of Espinoza Menera found visible evidence of torture with injuries to Juan's face, ear and lower torso near the liver, among other parts of his body, which were apparent in photographs obtained by Proceso.

After the "Zeta Hunters" tortured a journalist who died in their custody, Breitbart published the piece smearing the victim and the victim's family. The article was written by an anonymous "citizen journalist" in Coahuila using the pseudonym J.M. Martinez, one of Breitbart contributor's since at least 2015. Breitbart claims these "citizen journalists" use pseudonyms because of the mortal danger they put themselves in by reporting on organized crime.

Nothing could be further from the truth. Breitbart contributors in Mexico don't use pseudonyms out of necessity. There are many reporters that live in much more violent parts of Mexico who report on criminal groups much more powerful and dangerous than what's left of Los Zetas in Coahuila. These reporters use their real names and live in the places they report on, not in the US like the journalists at Breitbart.

For reasons I've already discussed, Breitbart has somehow managed to twist the actual mortal danger that journalists in Mexico face when reporting on powerful figures, like government officials, into a pretext for anonymously publishing public relations on behalf of the state.

The irony of this story is remarkable: the police arrested and tortured a journalist—possibly to death—for filming them. Breitbart then published a hit piece smearing and criminalizing the dead journalist and his family using a fictional inversion of the truth about how dangerous journalism is in Mexico to justify anonymously publishing public relations for the state.