CJNG Grupo Élite is a myth

We deserve the truth 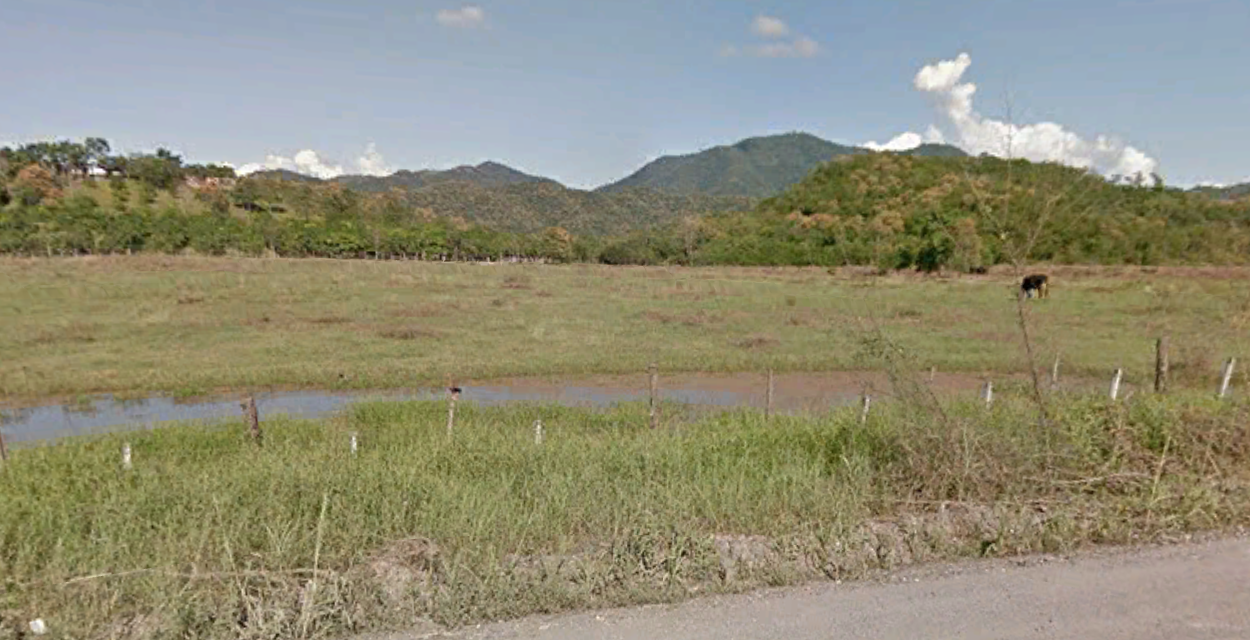 We found what will eventually be considered the smoking gun. For the first time, there now exists preliminary evidence that officials in Mexico appear to have used a fictional cartel group as cover for covert actions.

At a press conference on Monday 20 July 2020, the Secretaría de la Defensa Nacional, Luis Cresencio Sandoval, reported that the videos were authentic and showed Cártel Jalisco Nueva Generación (CJNG) Grupo Élite who were said to be planning an offensive operation against El Marro and Cártel de Santa Rosa de Lima (CSRL) in Guanajuato. Sandoval said that CJNG Grupo Élite had a presence in "Guanajuato, Michoacán and Zacatecas" but stated that officials were considering that the video was recorded between the limits of Jalisco and Michoacán.

The video was filmed—with 100% certainty—in Tomatlán, Jalisco. But something doesn't add up about this. Why would CJNG Grupo Élite set up camp or do an all-day video shoot 4 km from a SEDENA outpost and even closer to the co-offices of the state police and SEDENA Campo Militar 41a? Both the state police and SEDENA would be in hearing distance of the location where the video was filmed. Everyone in town including the security forces would be able to hear automatic gunfire like the mag dump in video 1. Not only that, but it's also possible that the convoy may have even been partially visible from the road to anyone passing by. Together, this evidence suggests that, at a minimum, "Grupo Élite" has the protection of elements of the security forces in the area.

Personally though, I don't believe that this is really a criminal group. In my view, a plausible explanation is that "Grupo Élite" are current or former elements within the security forces. To me, they just look like soldiers (or cops). The pageantry and theatricality of the video, in my assessment, looks like a cop or soldier's idea of what the public thinks cartels look like. When has any criminal group in Latin America used an image of their supposed leader's face in their iconography?

How would "CJNG Grupo Élite" get 22 armored and camouflage-painted vehicles absolutely bristling with military weaponry, along with 74 military-age males plus all of their tactical gear, to a spot right down the road from an army base and a police station without being noticed? The suggestion that there's any criminal group capable of this is absurd on its face. If this had been an authentic video, authorities would have been able find the location the video was filmed within a matter of minutes. If there had been a 22-vehicle convoy of sicarios moving through the area recently, wouldn't they have been noticed?

It's theoretically possible that any sufficiently motivated group with the means and opportunity could have produced this video. But if the video was filmed in Tomatlán,—which it certainly was—why would the group claim to be coming for El Marro in Guanajuato in subsequent videos? Why were viral images and security footage of vehicles stolen in León, Guanajuato circulating on social media on Saturday 18 July? Why would this group steal at least one of the vehicles in Guanajuato and then drive to Jalisco to shoot the video if this was supposedly the beginning of an offensive operation against El Marro in Guanajuato?

Something even more strange was that on Saturday 18 July 2020, the day after the first video was released but before we found the location where it had been filmed, there was an article published which stated that the video was filmed in Guanajuato and warned residents in several cities, and Celaya in particular, to anticipate violence in the coming days and weeks.

And sure enough, by Wednesday 22 July at least 3 killings were reported in Celaya and attributed to CJNG Grupo Élite. The attribution was based solely on a neon green cartulina left with the bodies signed "CJNG GRUPO ELITE". Nevertheless, it was reported totally uncritically by Infobae and several other major media outlets.

Is it possible that this was an operation to circumvent restrictions on the state's use of force while going after a group which has been a persistent pain in the ass for the state and federal governments (El Marro/CDSRL)? In my opinion that's exactly what it appears to be.

It seems likely that elements either within or in cooperation with the security forces assume the identity of CJNG Grupo Élite and are at this moment coordinating with someone carrying out targeted killings as one component of counterinsurgency operations against persistent criminal threats like CSRL. It's possible that some actions attributed to "CJNG Grupo Élite" are the work of real criminal elements, but I don't think any criminal groups in Mexico have the sophistication to plan and complete an operation spanning at least 5 states, which included misdirection, manipulating mainstream and social media coverage as well as fabricating and painting vehicles of the quality seen in the video. In my opinion, the most plausible entity capable of all of this is a nationstate or a group directly supported by one.

The abysmal conviction and clearance rates of the criminal justice system in Mexico have resulted in widespread and persistent dysfunction. Look at the recent arrests of relatives of El Marro who were released within a week following threats from CSRL. There's no shortage of evidence of dysfunction. Is it far-fetched to think that they might bypass the rules restricting the state's use of force in limited applications? It seems that rather than making cases and arrests, since many of the worst offenders are subsequently let go, the security forces have already turned to increasing their lethality. Is it implausible that they might resort to circumventing the law altogether by using covert targeted killings in some instances? Hasn't this been documented before in Mexico? Haven't there been tens of thousands of enforced disappearances?

There appears to be another dynamic which also bears mentioning: the political conflict between the federal government and whoever is producing these videos. Following the release of video 1 on Friday 17 July 2020, Secretario de Seguridad y Protección Ciudadana, Alfonso Durazo, announced that the video was being investigated to determine its authenticity. He later tweeted that the video was a "montage" which essentially means a fabrication.

The political opposition to the current presidential administration in Mexico immediately used the video to attack the federal government the way that they have following every other spectacular example of weakness, ungovernability and failure, like the aftermath of the botched arrest of Chapo Guzman's sons in Culiacán, the Mormon family massacre in Agua Prieta and attack by Cártel del Noreste on Villa Union in 2019. The reactions to spectacular incidents like these are 100% predictable. A litany of wisecracks about "hugs not bullets" and general pearl-clutching is a certain outcome of every major incident like this.

Spectacular incidents of criminal activity overwhelmingly seem to benefit the opposition. The organized political opposition already uses professional communicators that share violent content through anonymous personas on social media. These supposed citizen journalists appeal to the basest parts of human nature to garner large followings on Twitter by sharing violent content they obtain in private WhatsApp chats with the police and members of the armed forces. In our analysis of the origin of video 1, the first instance that we could find where the video was shared was on Twitter at 22:59 UTC, which, together with accounts from other sources about how the video was distributed, indicates the video was most likely shared initially through private WhatsApp chats. Is it really unthinkable to suggest that political forces may be at work to some degree behind a video guaranteed to make their opponent look bad?

Along those same lines, are there any external interests with some stake in the outcome of Mexico's politics? Whatever the answer to that question is, there's no getting around the apparent political dimension to this video. But that's a discussion for some other time. For now, it will be important to look at every action attributed to Grupo Élite and begin asking some very important questions of the military and political leadership in Mexico. The families of over a quarter of a million people killed or disappeared in the past 13 years deserve to know the truth. We all deserve to know the truth.

There's a lot to unpack here so I may revise and develop some of these ideas more over time.

last edited 12:57:11 AM, 08/17/2020
Mailing list
Newswire
United States Mexico Central America South America Southeast Asia Film & Television Development Announcements
narco.news
About Contact Newswire Book list Academic Wiki Press Aggregate
All company, product and service names used in this website are for identification purposes only. All product names, logos, and brands are property of their respective owners. Use of these names, logos, and brands does not imply endorsement. We disclaims proprietary interest in the marks and names of others.
narco dot  news