The U.S. helped the biggest drug cartel in Mexico traffic tons of drugs and commit murders with weapons they also provided

No ends could ever justify these means 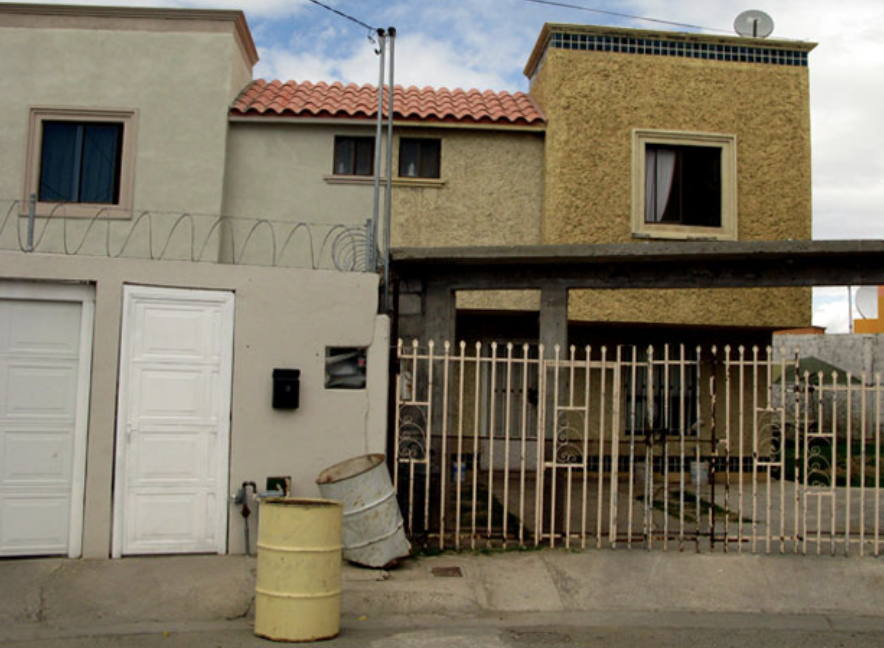 The following is a transcript of a legal memorandum written by Assisstant U.S. Attorney Alvin S. Michaelson in support of motion for discovery in the trial of Vincente Jesus Zambada-Niebla, alias "El Vincentillo", from July 29, 2011. A link to the archived memo can be found here. Some portions of the memo have been emboldened for emphasis. The rest of the memo is transcribed exactly as it appears in the original document.

Defendant, Vicente Jesus Zambada-Niebla, submitted his initial discovery request on the United States government on September 24, 2010. The Government objected to many of the discovery requests as not being “relevant” in its response dated November 8, 2010, particularly as they related to the requests set forth in the attached motion for discovery regarding the defense of public authority. Mr. Zambada-Niebla has filed his notice of the defense of public authority pursuant to Fed. R. Crim. P. 12.3, thereby making his discovery requests relevant and exculpatory as set forth below. In that notice, Mr. Zambada-Niebla asserts the defense of actual and/or believed public authority, for acts that began from at least on or about January 1, 2004 and continued to and included on or about March 19, 2009, and or entrapment by estoppel, on behalf of the United States Department of Justice, Drug Enforcement Administration, and the Federal Bureau of Investigation. The discovery requested herein is necessary for the investigation and preparation of that defense.

Humberto Loya-Castro (Loya) is a high ranking member of the leadership of the Sinaloa Cartel and is a close confidante of Joaquin Guzman Loera (Chapo) and Ismael Zambada-Garcia (Mayo), the father of Mr. Zambada-Niebla, who are also charged in the indictment and are named as the heads of the Sinaloa Cartel. The Sinaloa Cartel has been described as one of the largest drug trafficking organizations in the world. Both Chapo and Mayo have been the subject of several federal indictments in the United States and have been the subject of extradition requests from the United States to Mexico. It has been reported that the United Stated government has offered a five million dollar reward for the apprehension of both Chapo and Mayo. Loya, who is a Mexican attorney, is not only a principal advisor to Chapo and Mayo in their alleged drug trafficking operations, but is also involved in their alleged drug trafficking operations.

Loya was indicted along with Chapo and Mayo in 1995 in the Southern District of California and charged with participation in a massive narcotics trafficking conspiracy (Case No. 95CR0973). That case was dismissed on the prosecution’s own motion in 2008 after Loya became an informant for the United States government and had provided information for a period of over ten years.

Based on the above, Mr. Zambada-Niebla is entitled to discovery of documents and other files in the possession, custody, or control of the United States government that relate in any way, shape, or form to the circumstances surrounding the above-outlined activities. The defense has information that indicates that the government has in its possession documents, files, recordings, notes, and additional forms of evidence that are exculpatory and would tend to support the allegations set forth above in his defense of public authority. The defendant herein incorporates by reference the points and authorities submitted in support of his motion for the production of exculpatory evidence.

The United States government and its various agencies have a long history of providing benefits, permission, and immunity to criminals and their organizations to commit crimes, including murder, in return for receiving information against other criminals and other criminal organizations. Perhaps no better example is the celebrated case of Whitey Bulger, the Boston crime boss and murderer, who along with other members of criminal organizations, were given carte blanche by the FBI to commit murders in order to receive information in return about the Italian mafia and other criminal organizations in the New England area (See New York Times Editorial June 29, 2011). This tactic has been used extensively by the justice department and its various agencies in the “war on drugs” without concern for the loss of lives in both Mexico and the United States and without concern for the continued smuggling of illicit drugs into the United States or ending their consumption.

The United States government considered the arrangements with the Sinaloa Cartel an acceptable price to pay, because the principal objective was the destruction and dismantling of rival cartels by using the assistance of the Sinaloa Cartel-without regard for the fact that tons of illicit drugs continued to be smuggled into Chicago and other parts of the United States and consumption continued virtually unabated.

Essentially, the theory of the United States government in waging its “war on drugs” has been and continues to be that the “end justifies the means” and that it is more important to receive information about rival drug cartels’ activities from the Sinaloa Cartel in return for being allowed to continue their criminal activities, including and not limited to their smuggling of tons of illegal narcotics into the United States. This is confirmed by recent disclosures by the Congressional Committee’s investigation of the latest Department of Justice, DEA, FBI, and ATF’s “war on drugs” operation known as “Fast & Furious.”

Mr. Zambada-Niebla in requests #48-51, seeks to obtain information regarding Operation “Fast & Furious” and the findings regarding that operation in the Joint Staff Report prepared for Darrell R. Issa, Chairman of the United States House of Representatives Committee on Oversight and Government Reform and Senator Charles E. Grassley, the ranking member of the United States Committee on the Judiciary, because the materials requested are relevant to his defense of public authority and are exculpatory.

The Joint Staff Report revealed that the operation known and authorized at the highest levels of the Justice Department and which included agents from ATF, DEA, FBI, ICE, and the IRS, allowed guns to be illegally purchased in the United States and transported to Mexico to end up in the hands of members of drug cartels. This chain of events inevitably placed the guns in the hands of violent criminals which the Department of Justice not only was aware of, but sponsored and supported. The Department of Justice and its agency partners knew that the foreseeable result of this strategy was that death and destruction would occur in Mexico. Indeed, as confirmed in the report, violence and death did occur in Mexico and the result was not only approved but regarded with “giddy optimism by ATF supervisors” (See Congressional Committee Report on Fast & Furious). Not only was Congress and the public not informed about what was going on, but more importantly, as is true in this case, the Mexican government and the intended victims of such actions were not informed, thereby preventing them from being able to take any precautionary measures. It is estimated that approximately three thousand people were killed in Mexico as a result of “Operation Fast & Furious,” including law enforcement officers in the state of Sinaloa, Mexico, the headquarters of the Sinaloa Cartel. The Department of Justice’s leadership apparently saw this as an ingenious way of combating drug cartel activities.

It has recently been disclosed that in addition to the above-referenced problems with “Operation Fast & Furious,” the DOJ, DEA, and the FBI knew that some of the people who were receiving the weapons that were being allowed to be transported to Mexico, were in fact informants working for those organizations and included some of the leaders of the cartels. The evidence seems to indicate that the Justice Department not only allowed criminals to smuggle weapons, but that tax payers’ dollars in the form of informant payments, may have financed those engaging in such activities. Neither the ATF or Congress were apparently informed of that situation.

Only July 5, 2011, representative Issa and Senator Grassley sent a letter to United States Attorney General Eric Holder suggesting that multiple United States agencies were employing as informants members of Mexican drug organizations who were responsible for importing into their nation thousands of weapons from the United States, leading to more than forty thousand homicides in Mexico’s drug war since late 2006. Acting Director of the ATF Kenneth Melson has also asserted that cartel leaders were paid informants of the DEA and FBI and were among the individuals who knowingly received weapons pursuant to “Operation Fast & Furious.” Several of the requests in Mr. Zambada-Niebla’s request for discovery re public authority defense are focused on obtaining government information to determine whether leaders and/or members of the Sinaloa Cartel were among the individuals who received the weapons and to determine whether their receiving of the weapons was pursuant to the agreement that was originally entered into between the United States government and Mr. Loya-Castro and the leaders of the Sinaloa Cartel, which is still in effect.

Director Melson confirms what Mr. Zambada-Niebla is asserting in the matter before this Court; i.e. that the United States government at its highest levels entered into agreements with cartel leaders to act as informants against rival cartels and received benefits in return, including, but not limited to, access to thousands of weapons which helped them continue their business of smuggling drugs into Chicago and throughout the United States, and to continue wreaking havoc on the citizens and law enforcement in Mexico. It is clear that some of the weapons were deliberately allowed by the FBI and other government representatives to end up in the hands of the Sinaloa Cartel and that among the people killed by those weapons were law enforcement officers.

Mr. Zambada-Niebla believes that the documentation that he requests will confirm that the weapons received by Sinaloa Cartel members and its leaders in Operation “Fast & Furious” were provided under the agreement entered into between the United States government and Mr. Loya-Castro on behalf of the Sinaloa Cartel that is the subject of his defense re public authority. Mr. Zambada-Niebla believes that the documentation will also provide evidence showing that the United States government has a policy and pattern of providing benefits, including immunity, to cartel leaders, including the Sinaloa Cartel and their members, who are willing to provide information against rival drug cartels, as is alleged by Mr. Zambada-Niebla herein.

Mr. Zambada-Niebla believes that the materials requested in request #42 will confirm his allegations that the United States has a policy of entering into agreements with individuals who they know are violent narcotics traffickers, so long as those persons are willing to provide information against other drug traffickers, and that they entered into such an agreement with the leadership of the Sinaloa Cartel. Such individuals have also been permitted to commit murders and other violent acts. Mr. Zambada-Niebla also believes that the materials requested confirm that as in the case before this Court, the United States government had a policy and a pattern of not sharing information with the Mexican government even if that meant that narcotics trafficking and death and destruction, would continue to take place.

Based on the above, it is respectfully submitted that Mr. Zambada-Niebla is entitled to the discovery requested in his motion.

The undersigned counsel for defendant Vicente Jesus Zambada-Niebla certifies in accordance with Fed. R. Crim. P. 49, Fed. R. Civ. P. 5, LR 5.5 and the General Order on Electronic Case Filing (ECF), the attached Memorandum of Points and Authorities in Support of Motion for Discovery Re The Defense of Public Authority was, on July 29, 2011, served pursuant to the district court’s ECF system as to ECF filers: