Is Amsterdam the capital of a narco-state?

The Netherlands’ homicide rate remains low, but that hasn’t stopped narco-gangsterism being a political hot potato. 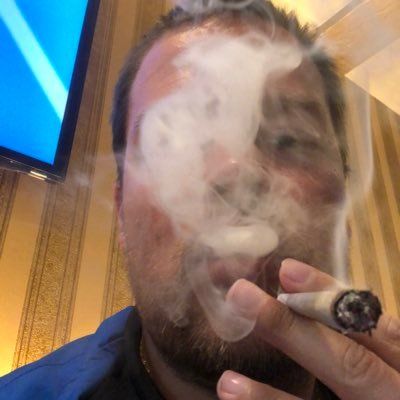 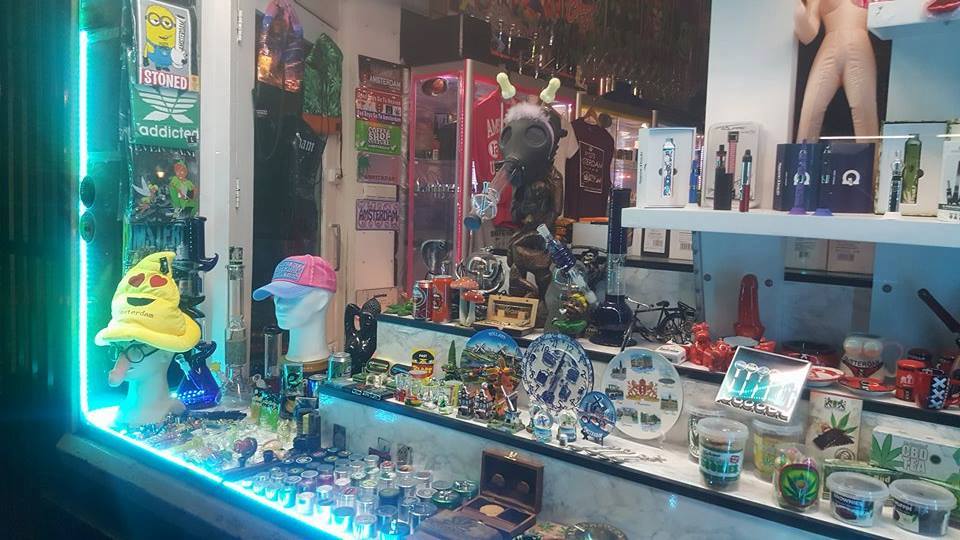 On 6th July, 2021, famed Dutch crime reporter Peter de Vries was shot five times — including once in the head — after leaving a TV studio in Amsterdam. It was the latest in a wave of assassinations in Holland centred around the trial of the ‘Mocro-Maffia’ (“Moroccan mafia”), in which a crown witness’ brother and lawyer were also eliminated. There’s echoes of Sicily in the early ‘90s, when anti-mafia judges Falcone and Borsellino were assassinated.

“Of course I was shocked but not surprised because this is what happens in a narco-state,” Teun Voeten, a Dutch war photographer and anthropologist who’s documented bloody narco-violence in both Mexico and at home, told me. “It’s not a really dysfunctional narco-state, Holland is more peaceful, but there’s still an atmosphere of threat.”

The Netherlands’ homicide rate remains low, but that hasn’t stopped crime being a political hot potato. In 2018, a police report labelled the Netherlands as a narcostaat (narco-state), placing it with such esteemed company as Panama and Bolivia in the 1980s; the tiny West African nation of Guinea-Bissau in the late 2000s; Suriname, Mexico, Afghanistan, Myanmar and others – nations where drug trafficking on a mass scale is facilitated at the highest reaches of power.

Like “rogue state”, narco-state is more of a dirty word than a formal classification. Nations accused of being narco-states – like Syria, North Korea and Venezuela – often have a fraught relationship with the “international community” (read: Washington), so someone outing themselves as one is most unusual. That’s not to say those are all wicked lies spread by neo-imperialist propagandists – there’s plenty of evidence of mountains of speed coming out of Syria, for example, where it’s hard to imagine any independent operators staying in business long without the regime or military’s say-so – BUT accusing your enemies of peddling poison to the youth while your friends do the same thing is a classic trick by governments worldwide.

The narco-state classification has returned to the spotlight after the de Vries killing.

But is it fair to call it a narco-state? While it sounds a bit harsh – Amsterdam’s too cold and miserable to resemble Mexico City – there are certainly some parallels. As well as brazen assassinations, along with Belgium the Netherlands is a key hub for European cocaine. According to the United Nations, over half the blow intercepted leaving South America by boat in 2019 was on its way to Europe; around half of which was bound for nearby Antwerp, in the Flemish (Dutch-speaking) part of Belgium, a base for Dutch drug syndicates. Plus, like the Mexicans, the Dutch don’t skimp on the home produce, either: the Netherlands is one of the world’s foremost producers of ecstasy and other synthetics, manufactured in secret set-ups in the countryside of the southern provinces of Brabant and Limburg, along the Belgian border. All the profits are cleaned through Holland’s legit economy, reinvested in businesses and property.

But it's nothing like the killing fields of Latin America. In fact, in 2019 the murder rate in Holland fell to a twenty-year low: there were only 125 victims of murder or manslaughter across the whole country. Compare that to Mexico, which saw 2,208 dead and mutilated corpses litter the streets of Tijuana that same year alone. A better comparison would be Sweden, a leader of bombings and deaths by shooting in Europe (since guns are hard to find in Sweden, almost all the shootings are from organised crime). Still, it’s not like the roughest suburb of Malmö has anything on the slums of Cape Town or Caracas, even on a bad day.

“I don’t classify it as a failed state with a lot of violence, but it has all the characteristics of a narco-state: a huge parallel drug economy; infiltration of narco-criminals in small government at the village level; mayors, journalists threatened and intimidated,” Voeten explained. “It’s a huge transit country for cocaine, and one of the biggest producers of ecstasy and marijuana. There’s a great deal of impunity not because our cops are stupid or corrupt, but there’s a whole legion of lawyers very good at finding wrongdoings or technicalities in a trial.”

But while I respect Voeten for his massive balls and time in the trenches, in Mexico and elsewhere, I disagree with his conclusion. Narco-state?

Firstly, there’s no evidence gangsters have infiltrated the highest circles of power in the same way, for example, as Honduras, where the president’s brother is a convicted coke smuggler. Mafia conspiracies are apparent in Italy, where entire local councils have been dissolved for being under the influence of wiseguys. In places like that, it’s a development issue — in the hills of Calabria and Sinaloa, with minimal state presence, the mafia steps in. Some parts of Calabria still don’t have Internet. The Netherlands, though, is one of the most developed countries in the world, so let’s try closer to home. In France, the Air Cocaine case saw a group of politicians orchestrate a OO7-style plot to spirit fugitive coke runners out of the Dominican Republic. So far, there haven’t been many scandals on this level in the Netherlands. While in the 1980s Princess Mabel of the Dutch royal family moved in the same circles as top narco-baron Klaas ‘the Preacher’ Bruinsma (shot dead by a rogue cop-turned mob enforcer in 1991), that was decades ago, long before she married the prince, and nothing suggests she was part of a conspiracy.

As Teun Voeten notes, local governments have been intimidated: for example, in 2012 a town hall was burnt down in the southern province of Brabant, the heart of the ecstasy industry. But as he himself points out, this is nothing like Mexico where hundreds of candidates get murdered each election season and the democratic process is seriously compromised.

“Narco-state is a term that plays well in the media,” said Dr Robby Roks, a criminologist at the Erasmus School of Law who’s studied both gangs and drug running in the Netherlands. “However, on a structural level the crime problems in the Netherlands cannot be compared to some of the countries in Latin America. We have problems because of the international drug trade – we have had terrible examples with the murder of a lawyer and the brother of a crown witness – but we also have a strong state and organised crime has not penetrated our political structures.”

In many so-called narco-states, political instability has left secret alliances between narco-traffickers, paramilitaries (who provide the muscle for said traffickers), and the establishment. In Colombia, it’s the far-right cocaine barons and their private armies, which enjoy a cosy relationship with power (especially under former president Álvaro Uribe); while in Turkey, the government enlisted heroin-dealing hitmen and nationalist thugs to fight Kurdish militants and left-wing radicals; alliances which persist to this day. Although there’s been occasional scandals with the Dutch police, such as when they let tonnes of cocaine be smuggled into the country in the mid-90s in an effort to catch whoever did it 🤷‍♂️, none of that suggests a sinister deep state rather than mere incompetence or corruption. Neither are there roaming death squads taking out the opposition on behalf of Princess Mabel and her coke-smuggling buddies.

“The Netherlands is a major producer of ecstasy, meth and cannabis,” said Machteld ‘Mac’ Busz, programme manager at the drugs charity Mainline. “Money being made in this industry is finding its way to the legal economy and there is major corruption, particularly in the harbours. With respect to all this, yes, the Netherlands is a major player in the international drug trade. But the violence is at a very low level compared to countries such as Mexico, and regular civilians don’t notice it much aside from the very cheap and high-quality ecstasy.”

Yes, the Dutch are the keenest consumers of synthetic drugs in Europe — but if that were the criteria, America would be the ultimate narco-state (whereas not that many Colombians, for example, actually snort cocaine – just because something’s available doesn’t mean everyone’s gonna do it). The fact that drugs are manufactured in the country doesn’t matter a lot either, since the illicit drug economy has not eroded institutions as it has elsewhere. If anything, America’s pharma companies lobbying lawmakers for legislation making it easier for powerful opioids to flood the black market is a better example of this. Is America a narco-state? Maybe. China’s rarely referred to as a narco-state, yet it’s chemical industry supplies most of the world’s illegal drug makers and is protected by the government.

The main argument seems to be, as I understand it, that Holland has been allowed to become this centre for drug trafficking and manufacturing in western Europe, with no serious pushback from the authorities. And that’s why it’s a narco-state: not necessarily because the minister of defence plays golf with his coke dealer or whatever. Critics point their fingers at the Netherland’s liberal drug laws, with its smoke-filled coffeeshops, “junkie unions” and slap-on-the-wrist sentences for minor dope pushers, for creating a climate of lawlessness. In a way, they’re right: the organised crime networks responsible for today’s assassinations did arise from the coffeeshops. But that’s because weed is still technically illegal, so the coffeeshops must buy supplies through the “back door”, leaving the task up to professional lawbreakers such as the Mocro-Maffia to source hashish from their homeland. These groups then diversified their portfolio to include cocaine. With mo money comes mo problems, as Biggie might say, and a beef over a missing coke shipment in the Belgian port of Antwerp claimed at least thirty lives.

If anything, the laws weren’t liberal enough.

“I wonder whether the government is still the authority in the Netherlands,” asked famous Dutch racist Geert Wilders in parliament shortly after Wiersum’s murder. "That terrible Moroccan mafia, the poison of Dutch society, controls everything from Dubai to South America and Spain. Are you still in charge? People wonder: do we still have a constitutional state in the Netherlands, or do we have a narco-state?”

Wilders had previously been convicted of hate speech for calling for “fewer Moroccans” at a rally, and blames the minority for rising crime. But blaming the ‘other’ ignores the rules of supply-and-demand: if someone wants something, and is willing to pay for it, someone else will sell it to them – it doesn’t matter who (not least, white Dutchmen).

There’s this thinking that if we take out enough dealers, burn enough poppy fields, scare enough kids, and we'll contain the drug problem. The problem is we’re not tough enough. We need a strong hand to pimp-slap these bitches. But this thinking is flawed. Sweden has the strictest drug laws this side of Belarus (no distinction between weed or heroin, and you can even get arrested for THC in your pee) and as we’ve seen, that hasn’t stopped it from becoming the shoot-‘em-up capital of Europe. Neither has it saved the land of moose and meatballs from one of the worst overdose crises on the continent. Even in Duterte’s Philippines, where suspected pushers and addicts are shot on sight, the police’s own data reveals that the supply of meth has not been reduced considerably.

The Netherlands is at the heart of the European narcotics trade, that much is true, but it lacks the systemic corruption and almost state capture of countries like Mexico. So there’s certainly a problem with organised crime, but whether Holland is or is not a so-called narco-state doesn’t really matter. It’s semantics. Like “terrorism”, it’s either a meaningless or meaningful term depending on what you want to demonise (in this case, immigration or liberal drug policies).  The definition is so broad, we all might be living in a narco-state.