Set your house in order 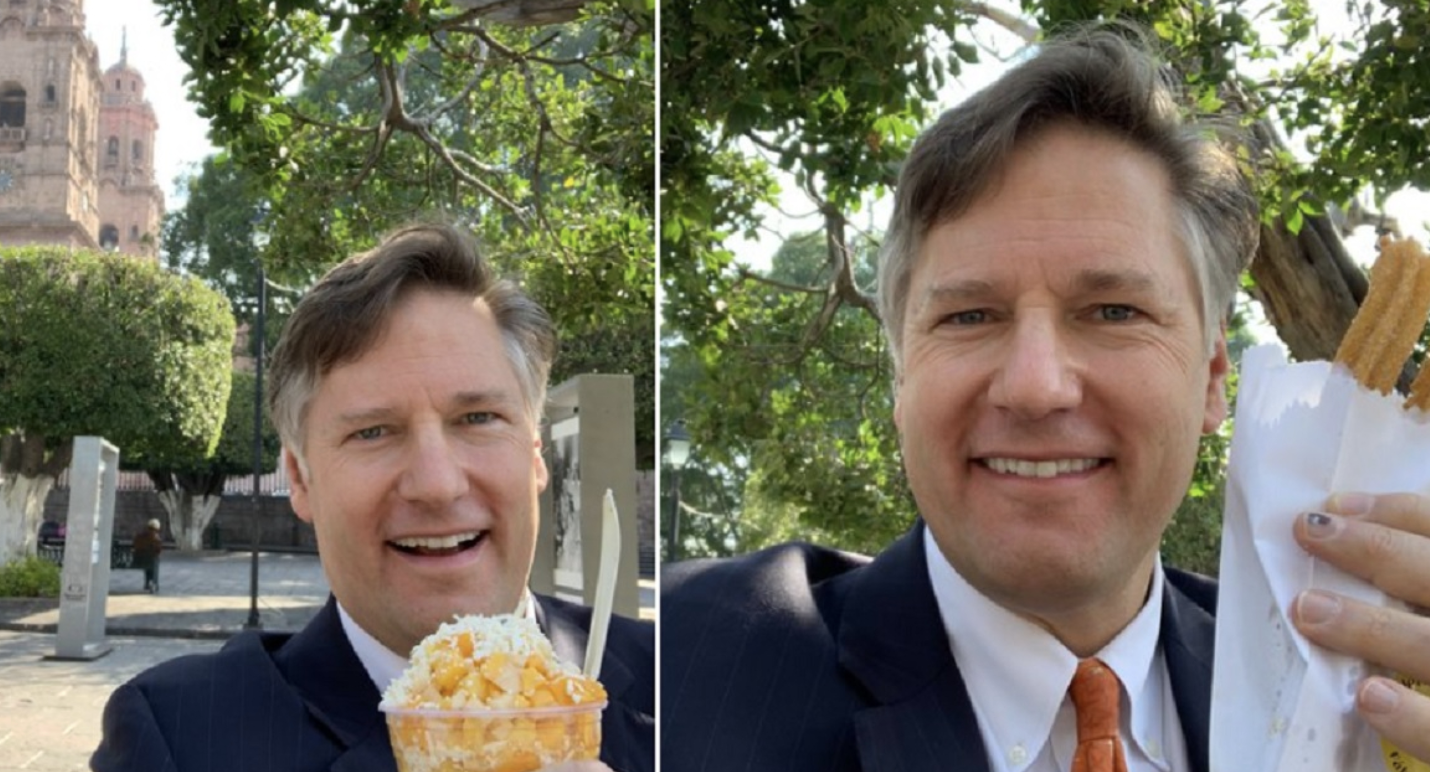 The government of Andrés Manuel López Obrador “has adopted a laissez-faire attitude towards the drug cartels, which is obviously problematic for the U.S. government.” He let Ovidio Guzmán go because he did not want to have more widespread bloodshed in Culiacán. It was just a terrible moment. The truth is that the Mexican Army was outgunned. And about the attack suffered by the capital's Secretary of Security, Omar García Harfuch, presumably orchestrated by the Jalisco New Generación cartel, Landau said: "There has never been an attack as blatant as in the heart of Mexico City. And, to my surprise, the Mexican government basically did nothing."

These were some of the phrases vomited by the former Washington ambassador to Mexico, the charismatic Christopher Landau, during a videoconference of the Council of Ambassadors in the [U.S.] on April 21.

Such complaints do not cloud the fundamentally empathic perception of the U.S. diplomat towards Mexico, nor are they, one might think, a personal position; Rather, they reflect the candid vision shared by a large part of the American political class regarding the issues of addictions, prohibited drugs, and the fight against drug trafficking: if all this exists, it is because the governments of the producer and transit nations lack the will to fight and eradicate the mafias that poison American society despite the efforts of Washington, whose government invests astronomical sums in advice, equipment, intelligence and even on-site persecution of drug traffickers.

Such a view is, of course, grotesquely false: no country on Earth is more deserving of the classification of a narco-state than the United States. Soft and hard drugs, natural and synthetic, are intertwined in all their expressions and dimensions in the history and in the present of the superpower: no other government has become so involved with mafias (domestic and foreign) dedicated to the drug trade; no other nation has a similar number of addicts; no other has so many institutions involved in the planting, production and transfer of narcotics around the world; no other has negotiated with dangerous criminals so many impunity agreements in exchange for legal collaboration; no other have sent to the cartels–from Afghanistan to Sinaloa–such amounts of military equipment; no other has so obsessively promoted the prohibition of certain drugs or so eagerly encouraged the murder of those who are dedicated to producing and selling them; None of them have used the fight against drug trafficking as an instrument of an interventionist foreign policy with such assiduity; none have been as tolerant of narco governments in peripheral countries and, of course, nowhere in the world are drug trafficking profits laundered in such large amounts as on Wall Street.

Naivety or hypocrisy—or both—are clearly expressed in Landau's reproach about the Culiacanazo [the botched arrest of Chapo Guzman's sons in October of 2019]: The Mexican Army was outgunned. Well, yes, but the diplomat did not mention that they were outgunned by criminals in possession of Barrett .50 caliber rifles (M82), manufactured in the United States, and that they reach the cartels because Washington allows .50 caliber rifles to be sold to civilians or perhaps because they were sent by the Bureau of Alcohol, Tobacco and Firearms office itself in operations Fast and Furious and Wide Receiver.

And the dark American fondness for violent outcomes is evident in the complaint that the Mexican government basically did nothing after the attack against García Harfuch, a grossly false statement: 12 hitmen were arrested at the site of the attack and in the following hours, seven more, in different locations; Those 19 people are imprisoned and subject to prosecution and the investigation continues; In addition, 13 vehicles were seized, five M82s, a grenade launcher, another 40 weapons of different calibers and various supplies. But for certain mentalities, doing something means undertaking large-scale warfare, massive combat operations and, why not? Bombardments from the ground and air on potential hiding places for the evildoers. Hollywood has left its mark.

Perhaps it is time that the American political class, civil service and diplomacy put on the table the infinite incongruity and the proverbial hypocrisy with which the political power in Washington deals with addiction and drug trafficking, begin by recognizing that their country is a narco-state, once and for all renounce the war on drugs—a war that they have never practiced in their own territory—and resolve to undertake a paradigm shift in these matters such as the one being dealt with in Mexico.

If only. For everyone's sake.

This essay by Pedro Miguel was originally published in La Jornada on April 30, 2021. Link