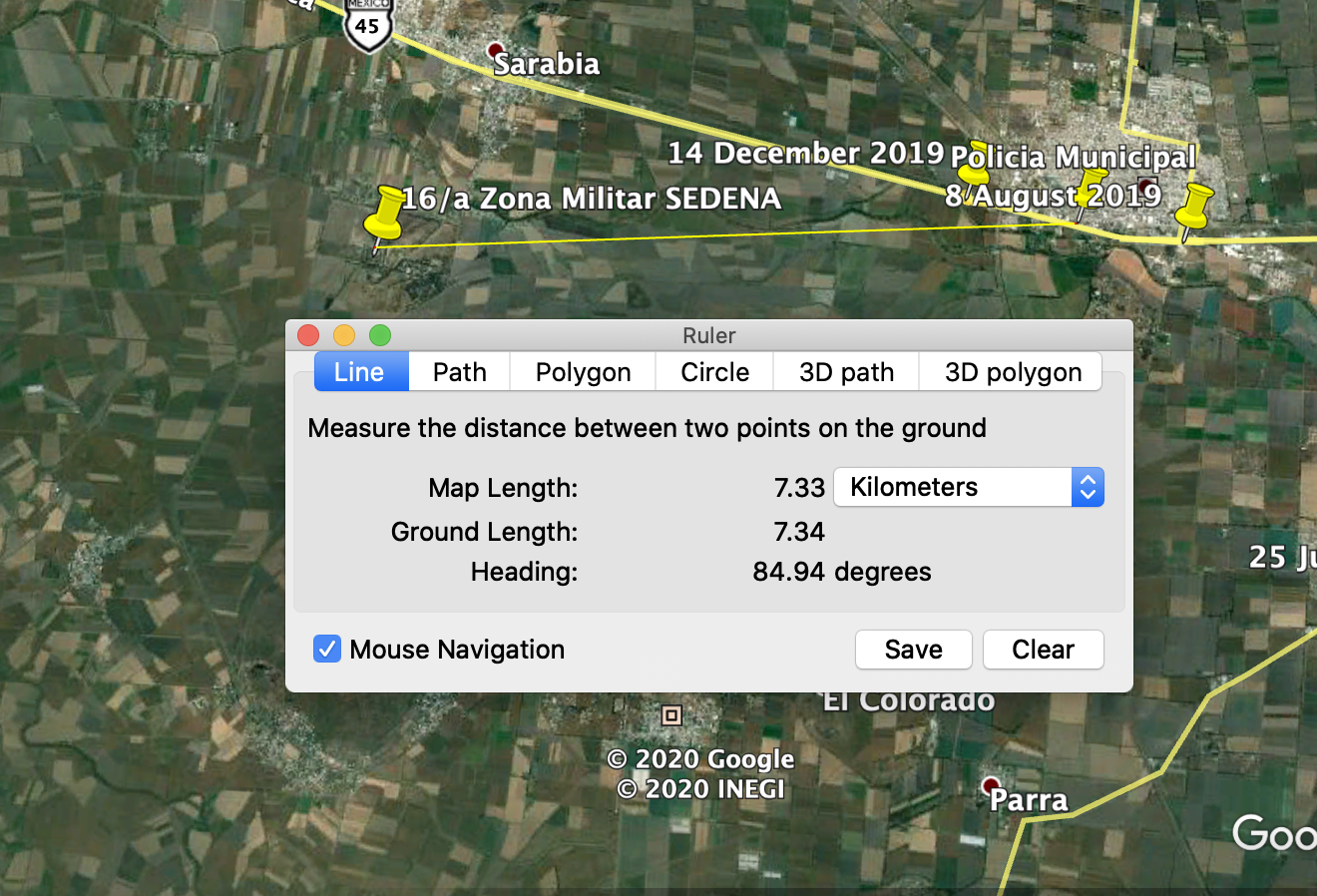 The following are some of the most significant events in the months leading up to the attack on the Villagrán police station:

9 October 2019 approximately 1200 additional federal personnel are deployed to Guanajuato, 700 in the Celaya area.

15 October 2019, a consultant group, Lantia, publishes a report which describes the police in Villagrán, León, Irapuato, Salamanca, Pénjamo and Valle de Santiago collaborating with criminal groups. Details from the report are shared with the press.

25 November 2019 announcement from Secretariat of Citizen Security that 800 elements of municipal, state and federal security forces will participate in Operativo Decembrino during the holiday season

27 November 2019, reports of roadblocks and burning vehicles were noted in response to activity by security forces, including helicopters, in the Pozos and Rincón de Centeno communities in the municipality of Juventino Rosas.

27-28 November 2019 armed men execute a man at hospital in Apaseo el Grande, in another incident several men arrive at hospital in Juventino Rosas seeking treatment for GSW are subsequently executed by an armed commando.

The attack and kidnapping on the Villagrán municipal police facilities took place 7 km from an army base, SEDENA Zona Militar 16/a.

13: December 2019 interrogation video of the 4 captured police released on social media. Note that no violence is recorded in this or any other CJNG Grupo Élite video despite dozens of other execution videos from CJNG.

Despite the fact that the corporation did not have the custody of the Public Security Forces of the State and the Mexican Army, Mauricio García assured that from the moment the events occurred, his support was available, groups that will join to reinforce security in the Municipality.

14 December 2019 statements from Mayor of Celaya

It cannot be denied that the murder of the police officer on Thursday afternoon has a strong impact on everyone, but the work continues, said Elvira Paniagua Rodríguez, municipal president of Celaya. "We continue forward, it is the first event we have, this situation is complicated, but I trust the troops." The Mayor urged all elements to take care of themselves every day and take precautions. "All loss of life is very regrettable, even more so in these circumstances of our police, we hope that the crime will soon be clarified by the prosecution." Elvira Paniagua Rodríguez reiterated that the family of the murdered police officer has all the support of the administration within its powers, and their benefits are guaranteed because the police officer had just finished his activities.

last edited 04:09:18 PM, 10/05/2020
Mailing list
Newswire
United States Mexico Central America South America Southeast Asia Film & Television Development Announcements
narco.news
About Contact Newswire Book list Academic Wiki Press Aggregate
All company, product and service names used in this website are for identification purposes only. All product names, logos, and brands are property of their respective owners. Use of these names, logos, and brands does not imply endorsement. We disclaims proprietary interest in the marks and names of others.
narco dot  news