The war for the future of Mexico 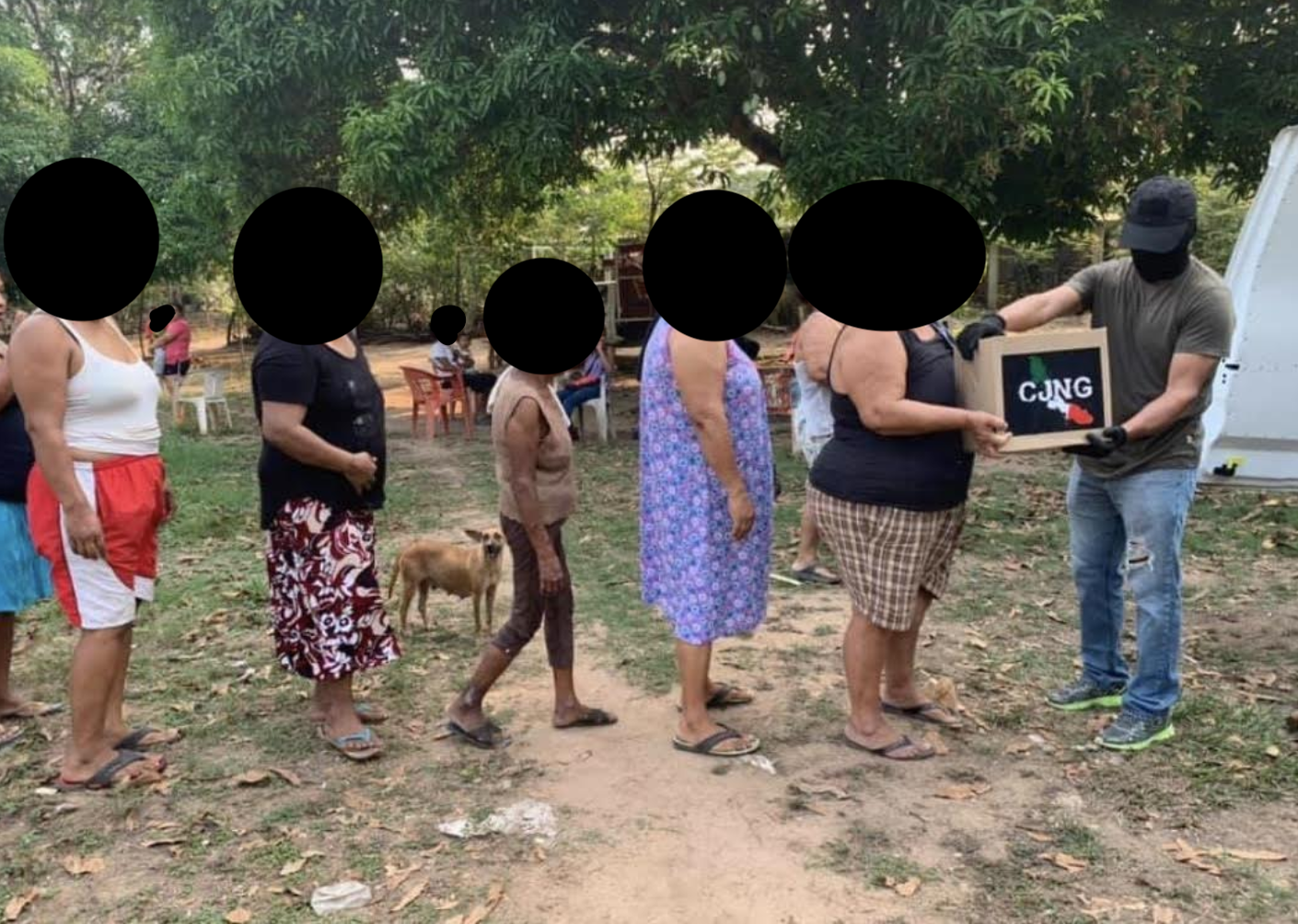 In April and May 2020 several stories were reported on social media about various "cartels" supplanting the authority of the state by providing aid to people during the economic downturn caused by the pandemic. As always, the stories were reported uncritically by journalists all over the world. The narrative of the powerful cartel assuming the state's role is a familiar one based on over a decade of these instances, many of them real, which have been reported on social media, blogs and in the press.

Because there is so little attention paid to Mexico, there has until recently 😏 been no incentive to consider operational security when producing fictional propaganda videos of "cartel" activities. Identifiable landmarks have been included in many photos and videos purportedly showing the powerful cartels run amok all over the country. Recently, several widely reported stories from the state of Veracruz showed images of the Cártel Jalisco Nueva Generación (CJNG) distributing boxes of groceries from the back of a van to grateful citizens.  The original clip can be seen in the following video (at 2:56 in the video).

A quick Google search for "Modas Lizbeth Priscila" revealed that the video was filmed in Heroica Veracruz approximately half a kilometer from several police stations, municipal buildings and naval facilities.

There are essentially two possible interpretations of this: either the CJNG is so brazen, and the city is so thoroughly dominated by the "cartel" that they don't fear handing out aid a few blocks away from the Mexican marines and other official buildings, or that isn't CJNG in the videos. In my opinion, the latter is more plausible. I personally don't believe the navy is corrupt or colluding with CJNG. Nor do I think CJNG is unafraid of being caught making the state look impotent. And I don't buy that the state of Veracruz is overrun with criminal groups. In 2019, Veracruz had 11.7 homicides per 100,000 inhabitants, slightly below the national median.

In the same video, another photograph was shown which purportedly showed the Gulf Cartel handing out aid in Matamoros, Tamaulipas. A quick search of Google Maps revealed at least one of the photos was taken in the nearest secluded area about 2 km from a few police stations and the mayor's office. Is it possible that those really are associates of the Gulf Cartel? Absolutely. Is it possible that the police went to the closest place that wasn't too busy and snapped a picture of a dude on a bike? You bet your sweet ass it is.

There seems to be an internal political struggle in Mexico between two opposing ideologies. There is a contingent which wants to continue the militarized War on Drugs, and a contingent that wants pacification. At the most general level, this is why insubordinate factions within the military and/or state governments might take harmless actions (helpful for the people receiving aid, actually) to paint a picture of chaos, ungovernability and failure.

There really are dangerous and powerful criminal insurgent groups, and the local drug trade has become particularly violent in many places throughout Mexico. There really are annual new record numbers of homicides. But right now, an ideological war is raging for the future of Mexico. Maybe this is what that looks like.